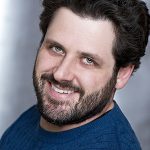 Bio: A prolific creator, Danny recently made his silver screen debut as the writer and star of the acclaimed action/comedy feature Filth City and has earned himself a Canadian Comedy Award Nomination for Best Writing in a Series in 2015 and Best Short Film in 2016. As a stand up, Danny’s unique brand of comedy has landed him performances in festivals, comedy clubs, and competitions across Canada. He was a two-time semi-finalist in XM Radio’s Top Comic , and has appeared in JFL42, NXNE, Canadian Music Week, The North Bay Comedy Festival and more. 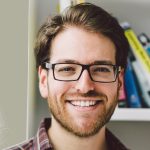 Bio: Charming, intelligent and outright hilarious, Asaf Gerchak has been funny in Just For Laughs’ Off-JFL/Zoofest and JFL showcases, the Melbourne International Comedy Festival, the Edinburgh Fringe, on radio, in writing and on a whole bunch of other live stages. There are also award nominations and wins, but honestly this is getting a bit long to be listing all of them. Look, he’s seriously bunches of fun – you’ll like him.

Bio: A veteran of the Canadian comedy scene, he has performed in every province and is widely regarded as one of the quickest and cleverest Canadian stand-up comedians. He has appeared on numerous Canadian television shows and festivals, including the Winnipeg Comedy Festival and Just for Laughs. 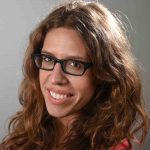 Bio: Michelle has appeared on web-shows for Comedy Central and HBO and on SiriusXM Radio. You can see her performing stand up comedy in most clubs and bar shows in New York City. Michelle trained at the University of Michigan and the Williamstown Theater Festival, as an apprentice to Lewis Black. She is a seasoned producer having worked on 24 Hour Celebrity Plays on Broadway and produced shows at Webster Hall and Le Poisson Rouge. 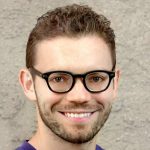